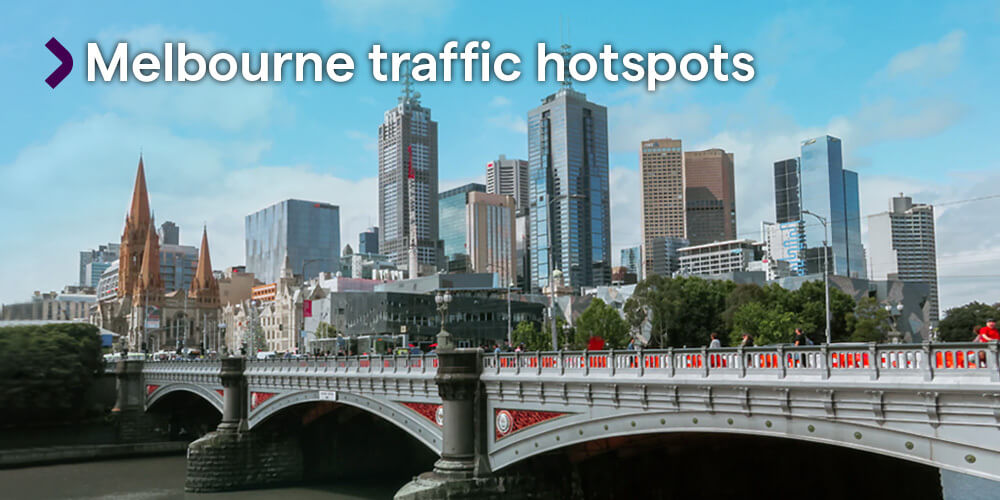 As a professional driver, there’s a lot to worry about. Driving in heavy traffic is not only nerve-wracking, but it damages your car in the long run, not to mention that it puts you in harm’s way because of the increased accident risk.

With hook turns, trams, and plenty of cyclists to be mindful of, it’s little wonder that Melbourne’s roads are considered the most dangerous in Australia. In a 2019 survey conducted by AAMI on accident locations, nine of the top ten crash locations in the country were found in Australia’s garden city.

Top 5 congested roads in Melbourne for Uber drivers to avoid

Driving on congested roads is not only stressful but also pricey. A constantly idling engine wastes massive amounts of fuel, and slowly creeping forward in first gear grinds away your clutch as fast as your nerves. Not to mention the cost of repairing those scratches and bumps that in heavy traffic are a question of ‘when’ rather than ‘if.’

In conclusion, you and your wallet will both be happier if you avoid at least the five busiest roads in Melbourne:

Punt Road is synonymous with AFL and the Richmond Tigers, but to drivers, it also spells bad traffic. During rush hour and around AFL games at the MCG, or soccer/rugby games at AAMI, this road can be banked up all the way back to Bridge Road. 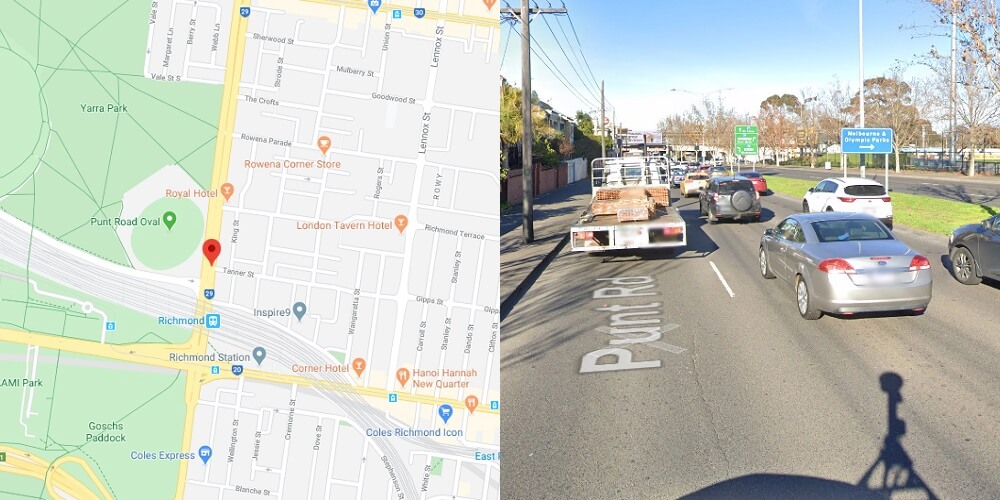 When a freeway meets suburbia it never ends well for local commuters, with a reduced number of lanes and speed limits creating bottlenecks. Alexandra Parade in Fitzroy is a classic case, where traffic can bank up in a short amount of time. 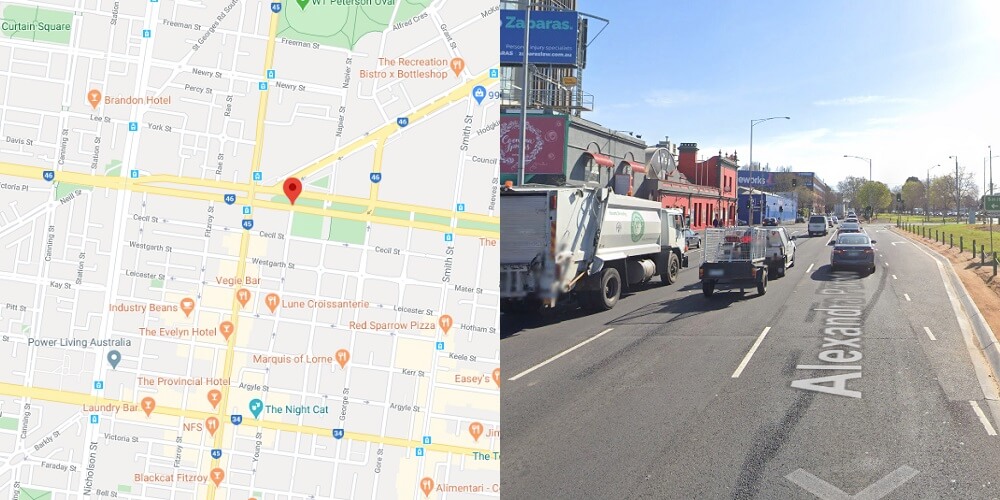 Nicholson Street has some sections that can become congested very quickly, the Victoria Parade intersection in particular. With a very short set of lights, you may find yourself stuck here for 5 minutes or more on a bad day. 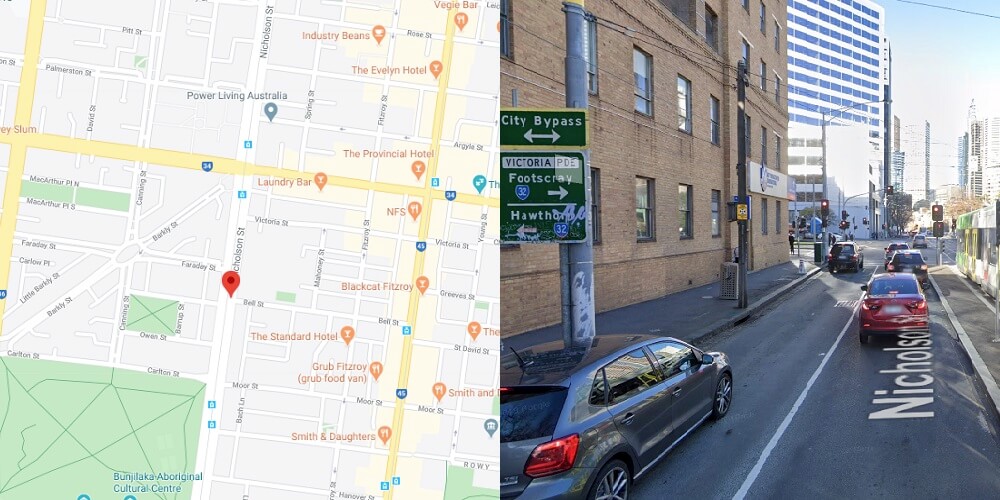 Johnson Street is a traffic hotspot most days of the week. However, the section between Studley Park Road and Hoddle Street is especially congested during the after-work rush hours. 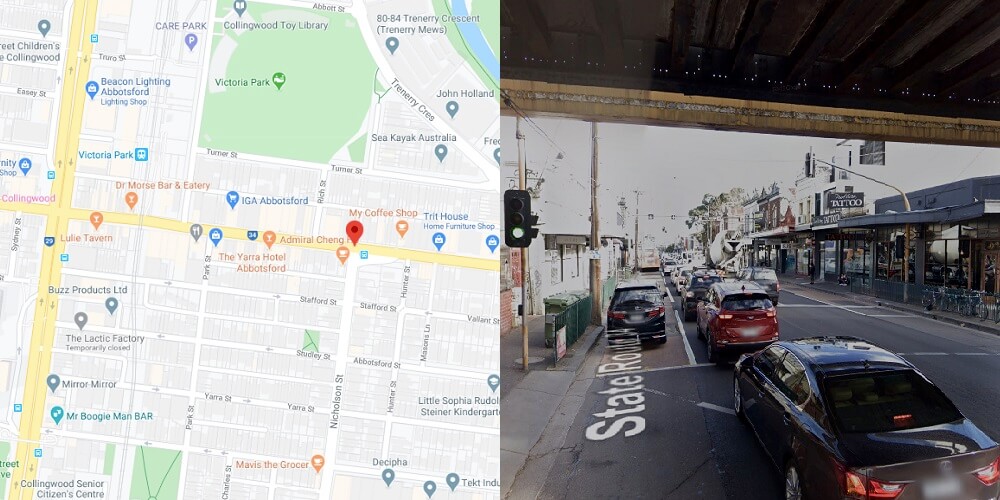 Even in normal traffic conditions, this roundabout at the end of Peel Street creates significant congestion. With trams and five main roads colliding at this intersection, practice your favourite breathing exercises, as stress levels can rise quickly here. 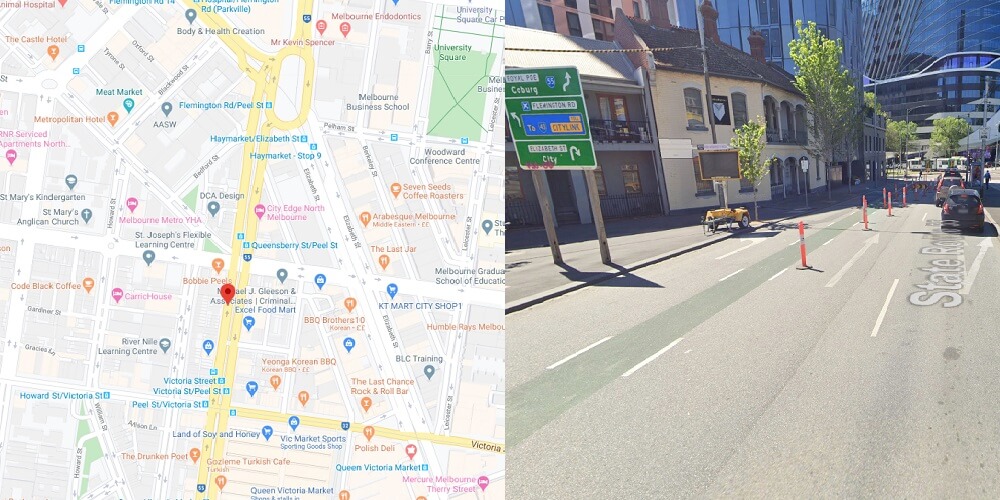 Top 5 dangerous roads in Melbourne for Uber drivers to avoid

At the end of the day, traffic is something we rarely have the luxury to avoid. However, there’s another good reason besides stress and money to do your best to stay away from congestion. Namely that traffic also carries the bigger and more imminent danger of an accident.

No matter how carefully you drive, even if you have decades of spotless driving experience, other traffic participants may cause you a nasty surprise any minute. Needless to say, the chances of this happening grow exponentially as you enter the more hazard-stricken roads.

Have these five most dangerous roads in Melbourne in the back of your mind whenever you’re out driving. Consider taking the bypassing streets when you’re in the area, especially iduring peak hours.

Rated as the most dangerous road in Australia, Plenty Road in Bundoora has held the title for a number of years. Bookended by the Metropolitan Ring Road and Preston High Street, it has several lanes in both directions, and it feeds into many important traffic arteries of Melbourne.

Many traffic lights interrupt Plenty Road at entry and exit points, and there’s also a tram line in the middle, so it’s no wonder it’s become notorious for bad traffic. 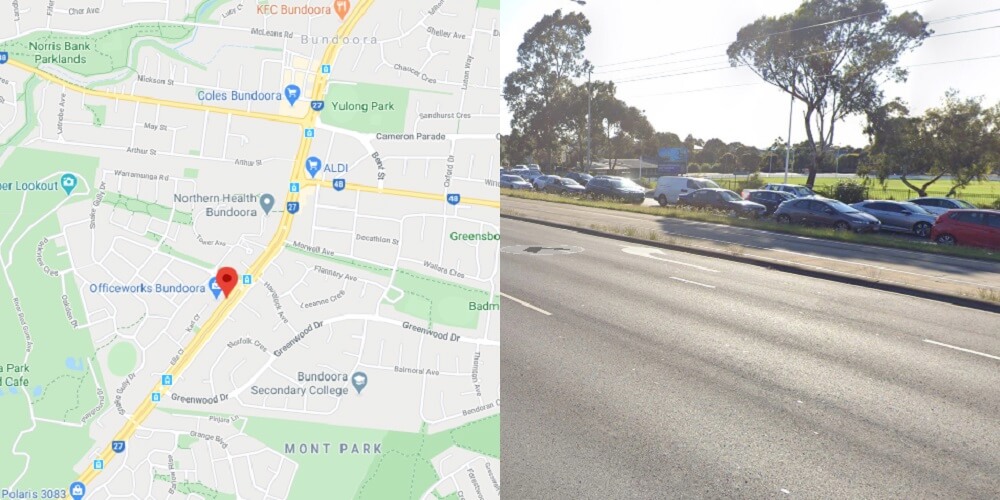 Springvale Road connects the north and the south of the eastern suburbs. Passing industrial areas and a number of car dealerships at Glen Waverley, there are always heavy-duty vehicles on this stretch of the road. 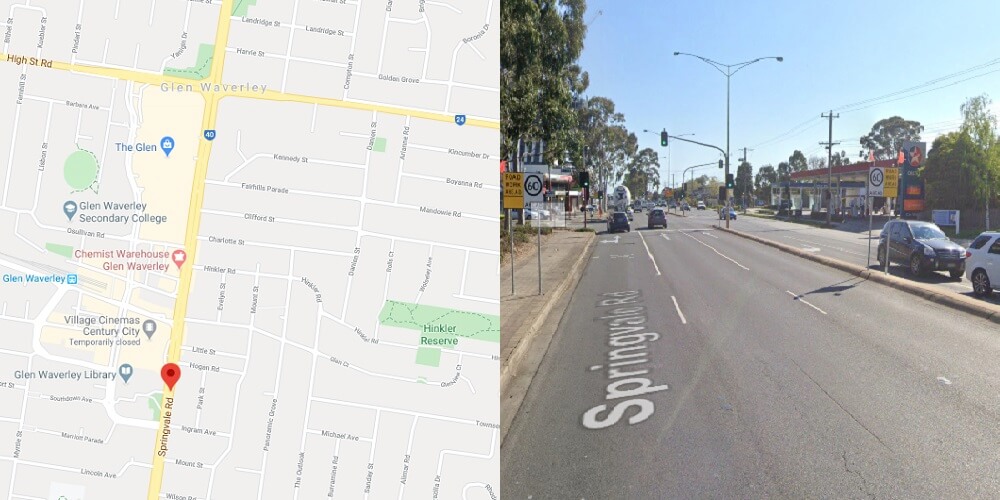 No, you’re not seeing double. Springvale Road took second as well as third place in not only Melbourne’s worst crash spots, but in the whole of Australia. The Princes Highway intersection and the southern stretch are not that much safer than the Glen Waverley area, so drive carefully. Or better yet, bypass Springvale Road whenever you can. 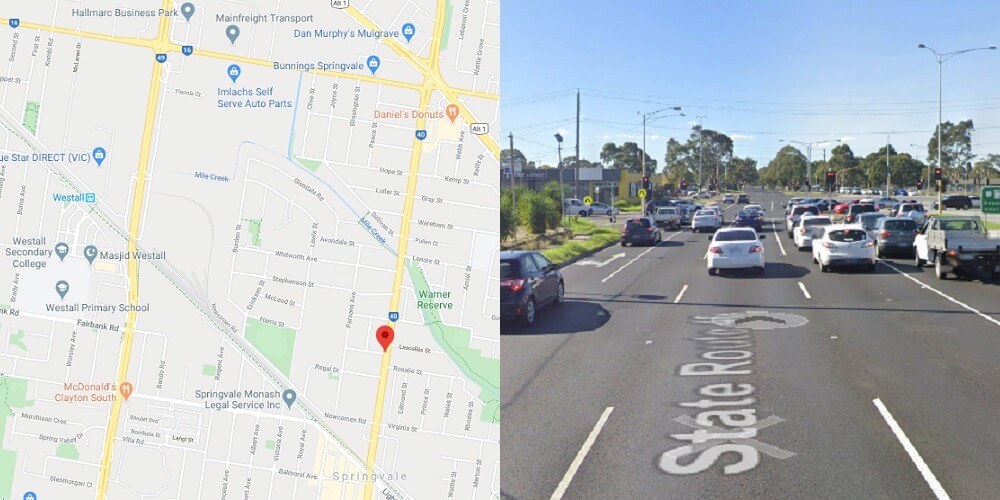 Maroondah Highway in the east runs from Mansfeild to Nunawadding before becoming Whitehorse Road. There’s a busy intersection to be aware of, where Maroondah Highway meets Mt Dandenong Road and the Ringwood Bypass. It’s used to access the M3 Eastlink toll road. 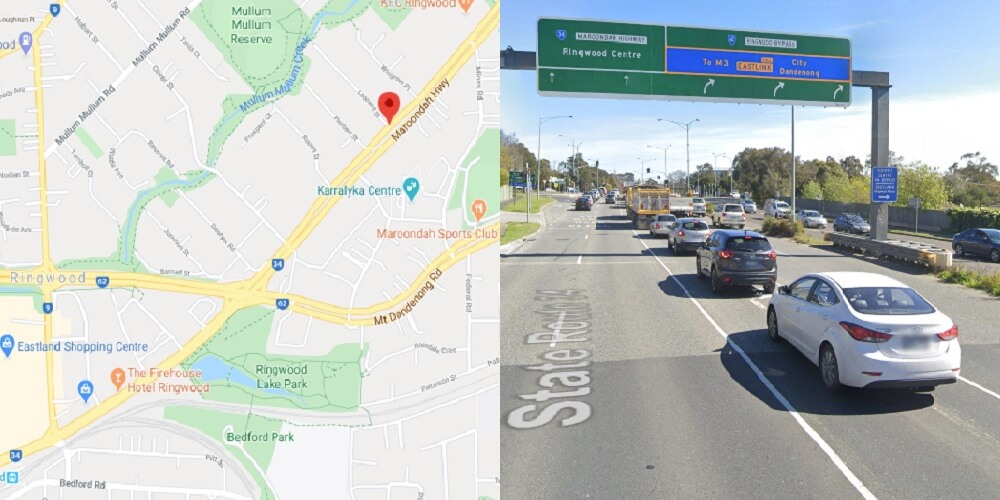 The final hotspot on the list, Doncaster Road also has its fair share of accidents. With the large Doncaster Shopping Centre nearby and a large bus depot, don’t get complacent behind the wheel in this area. 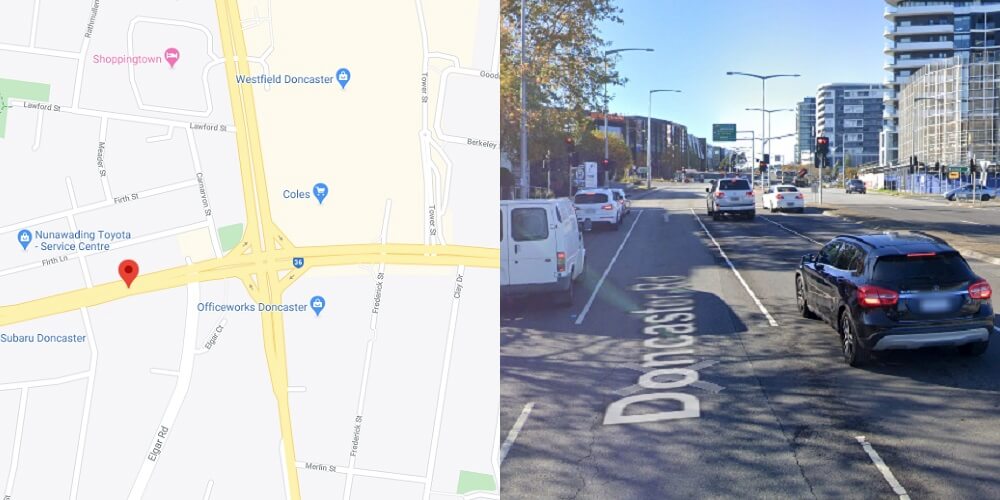 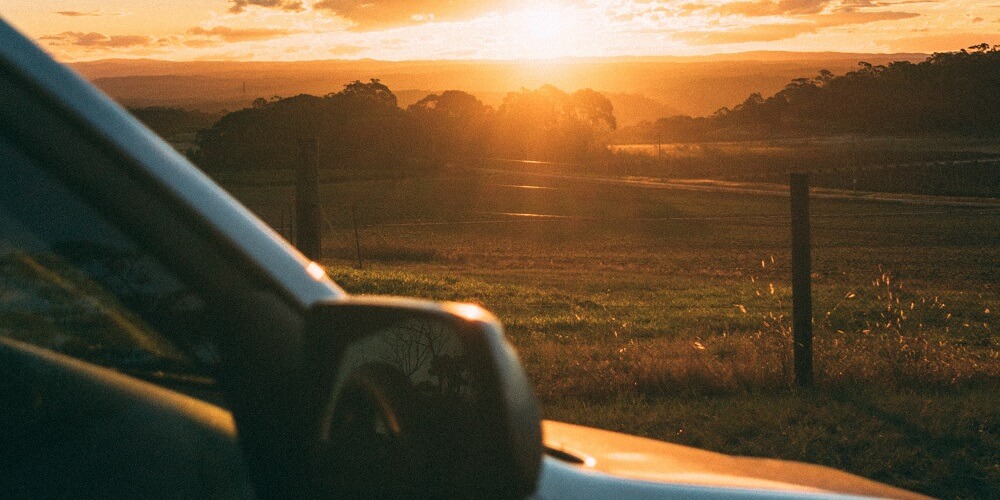 Staying safe on the roads in summer – The Uber driver’s guide
Being safe on the road is number-one priority regardless of the time of year but as the holiday season is creeping in, it can’t hurt to remind ourselves of the dangers and prepare for the changing conditions as the streets become busier and the weather gets warmer. Check out some of our top tips for […] 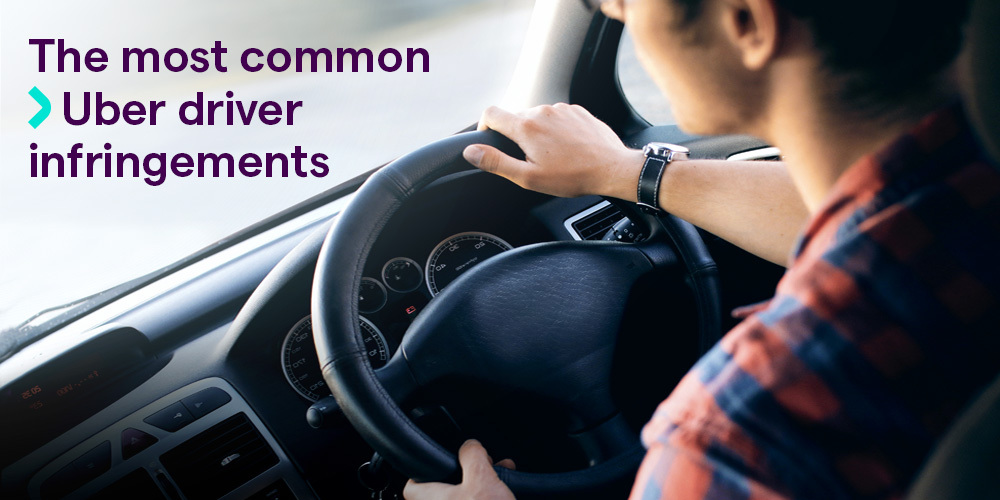 5 most common Uber driver infringements
As an Uber driver, you spend more time on the road than most motorists, so you’re also more likely to get more traffic tickets. Since the ability to drive is your key form of income, it’s vital to maintain a good driving record and minimise your infringements. At Splend, we’ve helped thousands of Uber drivers […]

Maker by nature, writer by profession, and a petrolhead at heart, Balazs is our very own content creator who brings Splend’s voice to life. He’s been a wordsmith his entire career, having seen it all from the print media to radio through online publishing and marketing copywriting. He’s fascinated by things he has yet to fully understand such as photography, ice hockey, and the bizarre art of aquascaping. In his free time you may find him mixing up cocktails for his friends, or away from home on a city break. Drop him a line at balazs.szekely@splend.com 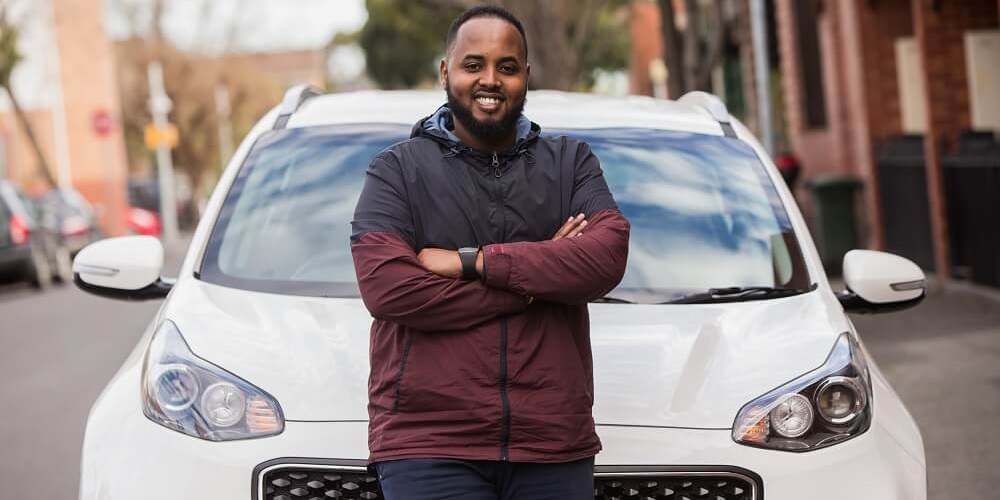 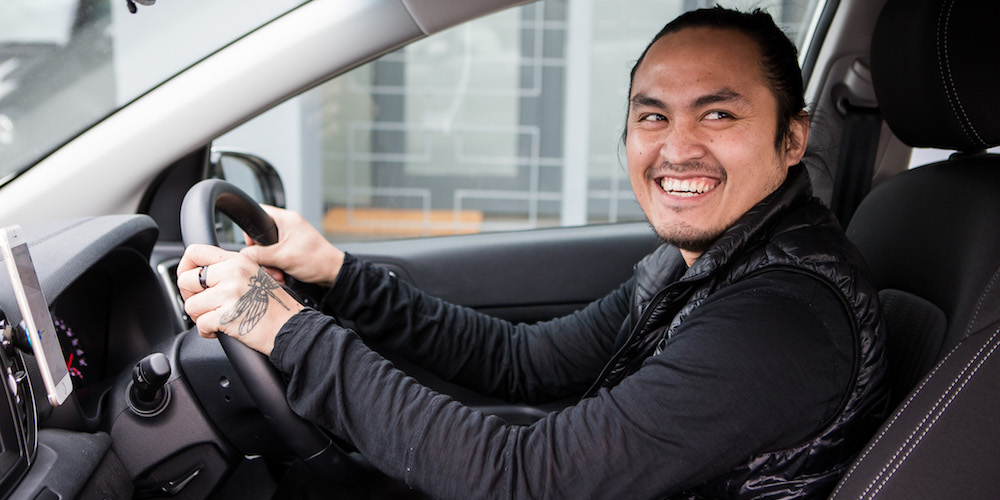 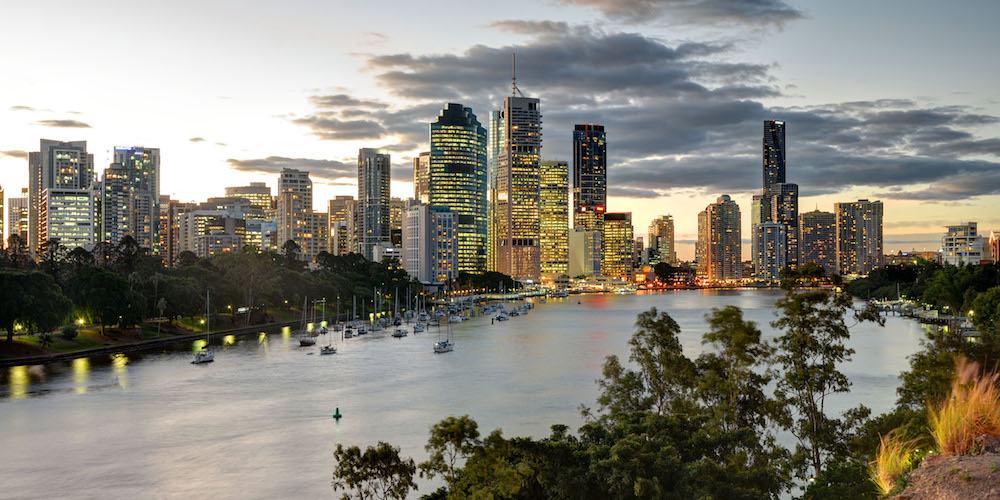 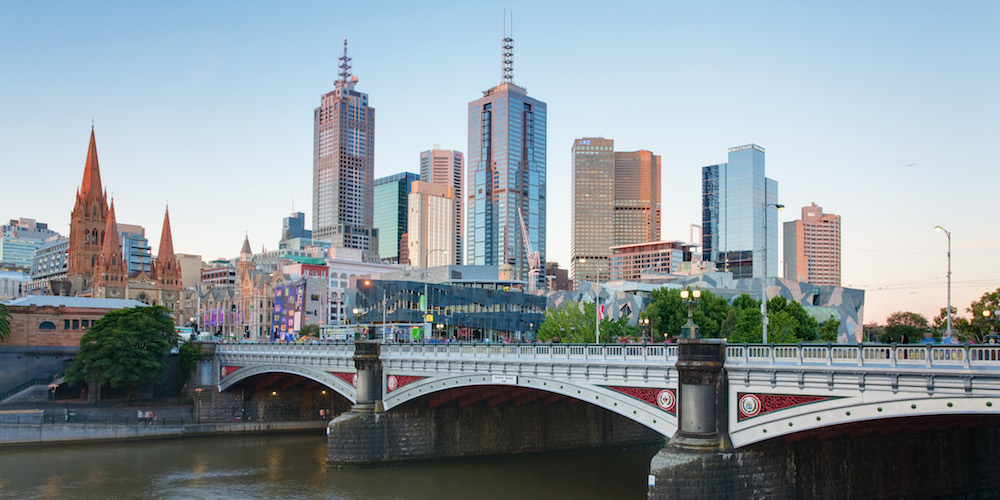 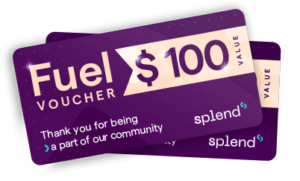